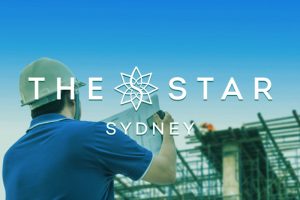 Almost a year after New South Wales planning authorities rejected The Star Entertainment Group’s plan for a 237-meter tower adjoining its existing casino complex in Sydney, the company presented a new expansion project for the property.

The Star now wants to build two new towers at its The Star Sydney casino, but the proposed height of one of them is more than double what is permitted under draft planning rules for the Sydney suburb of Pyrmont where The Star’s complex is located.

However, the 110-meter northern tower would be nearly double the government’s proposed height limits for that particular area of 60 meters. It would feature a 250-room hotel and a signature restaurant.

The Star said in its submission that the proposed tower and its height “would be required to ensure a hotel of six-star standard.” The company also noted that it would be less than half of the height of its original proposal that was rejected last year.

The casino operator presented that earlier plan in 2018. It included a 237-meter, 66-story tower that would have housed 220 Ritz-Carlton hotel rooms and 200 luxury residences, a rooftop pool area with views of the Sydney Harbor and a number of food and beverage facilities, among others.

The Star’s revised proposal quickly gained opponents. NSW Labor party spokesman Adam Searle said that he found it concerning the plan for the northern tower was “significantly out of keeping” with the government’s planning strategy for Pyrmont.

He added that the government and planning authorities should have a “sensitive and balanced approach to planning” and that they “would be concerned” if The Star’s proposal “went beyond what the government is currently envisaging for Pyrmont.”

NSW Planning Minister Rob Stokes said that the casino operator’s proposal was one of 130 plans submitted on the draft for reshaping Pyrmont and that these submissions are not “a development application before the government.”

Minister Stokes went on to explain that they are set to finalize the plan for the redevelopment of the Pyrmont suburb in the next few weeks, based on all of the submissions they have received.

Under The Star’s proposal the proposed southern tower would feature shops, a restaurant, bars, a hotel, and apartments. The company said that its plan would create 1,000 jobs during construction phase and about the same number when the two towers are fully built and operational.