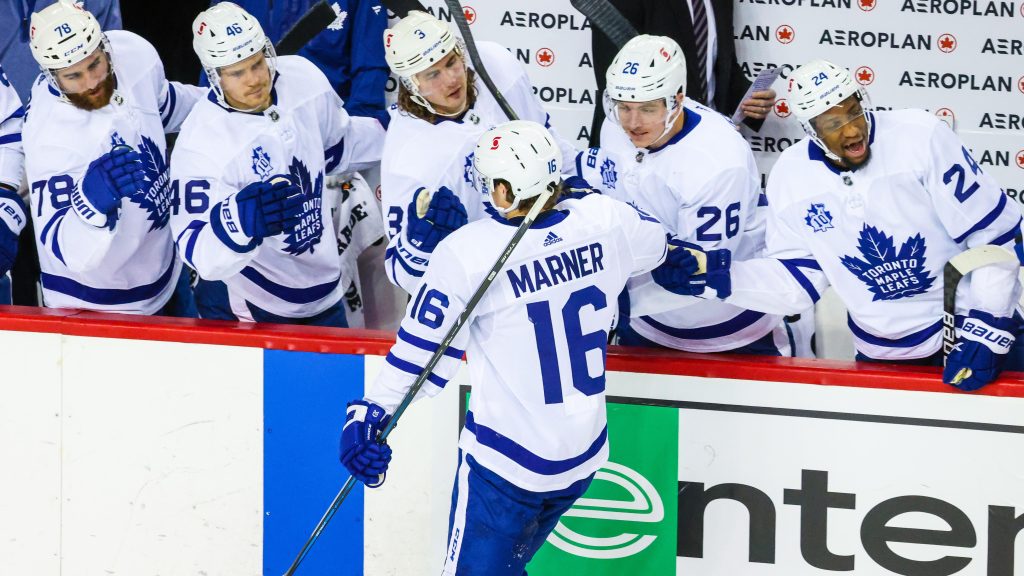 The Toronto Maple Leafs (6-2-0) travel to meet the Edmonton Oilers (3-5-0) at Rogers Place Thursday for a 10 p.m. ET puck drop. Below, we analyze the Maple Leafs-Oilers NHL odds and lines, with picks and predictions.

Andersen is expected to start this game, as backup G Jack Campbell is unavailable due to a lower-body injury. Second-string backup G Michael Hutchinson can’t be trusted, so look for the Ginger Dane to get his third start against the Oilers this season. Andersen allowed two Edmonton goals on 21 shots in a 3-1 loss Jan. 20 before rebounding with 30 saves in a 4-2 win over the Oilers Friday.

Koskiken was on the other end of the ice for those two games against the Leafs. He yielded just one goal on 26 shots in the 3-1 win, and allowed only three goals on 28 shots in the 4-2 loss. Look for Koskinen to start for this third installment Thursday.

Get some action on this game or any NHL matchup with a legal, online bet at BetMGM in CO, IA, IN, MI, NJ, PA, TN, VA and WV. Risk-free first bet up to $500, paid in free bets. Terms and conditions apply. Bet now!

The MAPLE LEAFS (-130) are the play in Game 3 between these teams. The Leafs have won each of their past four trips to Rogers Place, and they have won 19 of their previous 26 battles against the Oilers. The road team has also cashed in four of the past five meetings. If that doesn’t convince you, the favorite has hit in 16 of the past 21 meetings, too.

Against the spread (ATS)

The MAPLE LEAFS -1.5 (+195) are worth a small-unit play as you can nearly double up if they win by two goals. It might take an empty-netter at the end as it won’t be easy, but the winner in the first two games of this series also hit the puck line. While the Leafs have covered the puck line in just two of six games overall, they’re a good value at this price.

Want some action on this one? Place a bet at BetMGM now. For more sports betting picks and tips, visit SportsbookWire.com. Please gamble responsibly.

Gannett may earn revenue from audience referrals to betting services. Newsrooms are independent of this relationship and there is no influence on news coverage.