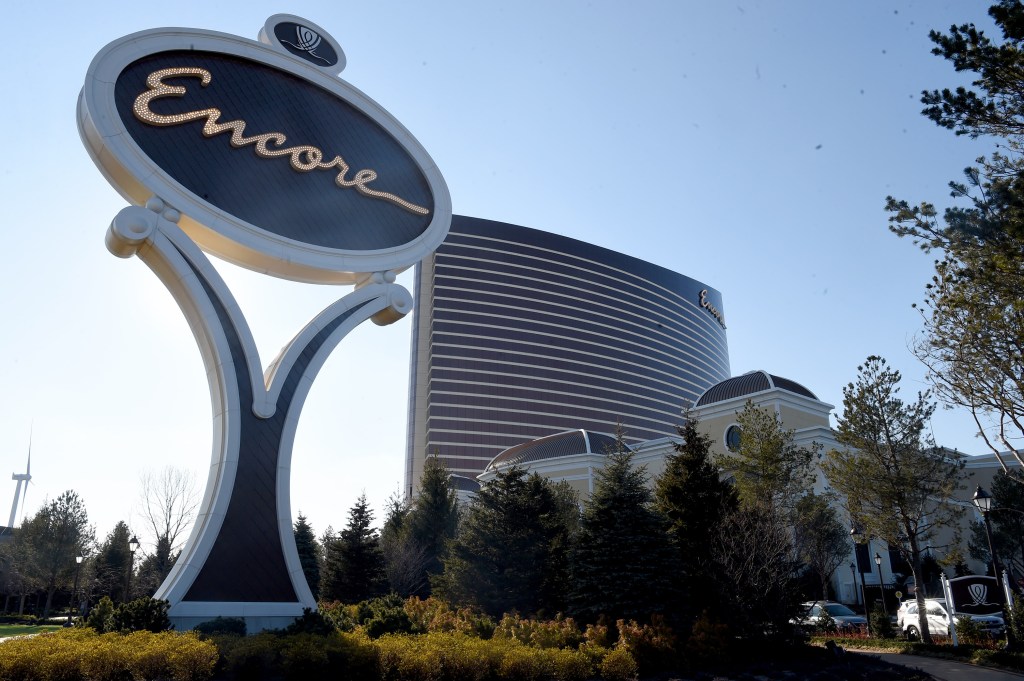 BOSTON – Massachusetts casinos in October generated slightly less revenue for themselves and for the state than in September as the gaming industry across the country grapples with the latest coronavirus surge and new restrictions on casino operations.

The state’s take for October was lower than the $22.56 million full-month average since all three facilities have been in operation, though the state’s slots parlor and casinos are operating under capacity limits and other restrictions, like a 9:30 p.m. curfew that took effect this month. Massachusetts gambling centers were closed mid-March and reopened in July.

“The three licensees collected approximately 88% of gross gaming revenue on approximately 50 percent of the gaming positions available, as compared to October 2019,” the Gaming Commission said in what has become a regular part of its revenue announcements.

The slots parlor at Plainridge Park Casino was the only Massachusetts gaming center to book an increase in gross gaming revenue last month. The slots generated about $10.09 million from $135.26 million in wagers, for a payout percentage of 92.54 percent. The increase of about $5 million in wagers in October helped the Plainville facility pull in about $150,000 more in revenue than it did in September.

At MGM Springfield, players put about $5 million less into the slots than in September, but a slightly lower payout percentage than September and a bump in revenue from table games meant monthly gross revenue of $17.51 million was only about $112,000 shy of September’s total.

Encore Boston Harbor saw the greatest drop in gross revenue from September to October, a difference of about $1.84 million. The casino’s table games appear to have made the difference — Encore took in $19.53 million from its table games in September but only $17.48 million from them in October, when roulette was added back into the mix.

Combined, the two full-scale casinos generated about $14.66 million in tax revenue for the state last month — about $4.38 million from MGM Springfield and $10.28 million from Encore Boston Harbor. Those businesses are taxed at a rate of 25 percent of their gross gaming revenue.

Massachusetts is also entitled to more than $4.03 million of Plainridge’s October revenue in the form of taxes intended for local aid and another roughly $908,000 for the Race Horse Development Fund. That works out to a total tax and assessment hit of about $4.94 million, according to the Gaming Commission. Plainridge is taxed on 49 percent of its gross gaming revenue, with 82 percent of the levy going to local aid and 18 percent to a fund set up with the goal of supporting horse racing.

Since legalizing gambling in 2011, Massachusetts has collected $655.38 million in revenue from casinos and the slots parlor. Based on the historic monthly average state revenue take, Massachusetts can expect about $267.49 million in average annual gaming revenue.

Across the country, commercial casinos generated $9.04 billion in gaming revenue during the third quarter — meaning October’s haul is not included — which the American Gaming Association said equals 81 percent of the gaming industry’s pre-COVID levels of the same time period in 2019.

Through nine months of 2020, gaming revenue was down 36.5 percent from 2019 levels nationally, the AGA said. Casinos in Massachusetts were closed for all of the second quarter, April through June, and many other states closed their casinos or restricted access to them.

By the end of September, 902 commercial and tribal casinos across America had at least partially reopened, representing about 91 percent of all gambling halls. As of Nov. 12, the AGA said that 911 casinos were open and 83 remained closed.

The number of open casino properties will decrease by three Wednesday, when a new executive order from Michigan Gov. Gretchen Whitmer imposing a mandatory three-week closure of her state’s casinos takes effect. In Massachusetts, casinos are newly subject to a 9:30 p.m. curfew imposed by Gov. Charlie Baker and other states have added limitations to their COVID-19 safety guidelines as the virus erupts in another wave of cases and hospitalizations.

“While these quarterly results are promising, the reality is a full recovery is dependent on continued public health measures to control prevalence rates,” AGA President and CEO Bill Miller said. “As state and local officials respond to current COVID-19 outbreaks with additional restrictions, urgent Congressional action to provide COVID-19 relief is even more crucial. Gaming employees and communities depend on it.”

All three gaming facilities in Massachusetts have imposed furloughs and layoffs since being ordered to close in mid-March, and the two casinos have said the latest requirement that they close by 9:30 p.m. will likely lead to additional staffing decreases.

Though the revenue picture was a mixed bag for the brick-and-mortar casinos of America, the AGA said gamblers wagered a record $5.95 billion on sporting events in the third quarter, generating more than $352 million in revenue for operators, the second-highest quarterly haul ever for gaming companies.

The Massachusetts House approved sports betting as an amendment to an economic development bill which has been under negotiation for more than three months with the Massachusetts Senate, which has shown far less interest in legalizing sports wagering here.

Plainridge Park Casino and Encore Boston Harbor, operated by Penn National Gaming and Wynn Resorts, respectively, late last month told legislative leaders that the existing casino licensees ought to be the ones to control the sports betting market here if it is made legal.

The casino companies argued that it would be unfair to allow a stream of online operators to proliferate in Massachusetts as the casino industry, made legal here in 2011, is still getting on its feet after having invested millions of dollars and hired thousands of employees.