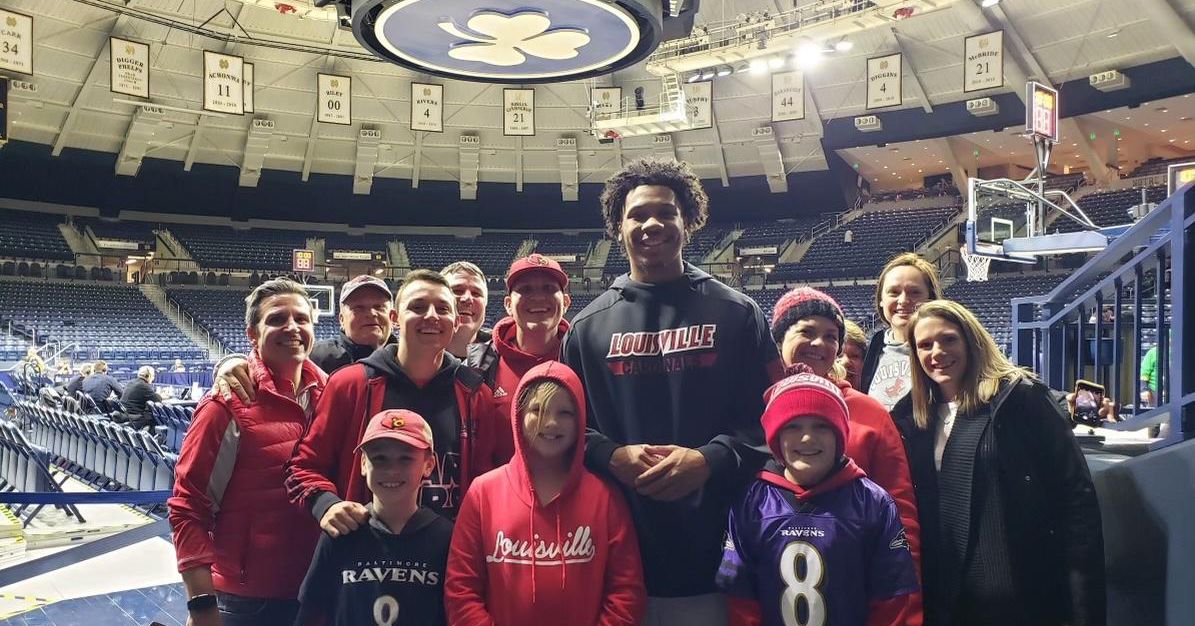 —The second-ranked Louisville baseball team is back in action Tuesday with a home game against Eastern Kentucky. First pitch is scheduled for 3 p.m. Here’s a preview.

—Louisville slips to No. 8 in The Athletic’s newest women’s basketball power rankings.

The curious cases of Louisville and Baylor

More so than in any other season, the conference schedule this year has been critically important. So many marquee non-conference matchups have been cancelled due to COVID-19 pauses or scheduling conflicts. Teams in the SEC, Big Ten and Pac-12, which have several top-15 programs, could turn to conference play to get those marquee wins in the absence of full non-conference slates. But if you’re a top dog in the ACC or Big 12, you’re basically looking at only one other ranked team in-conference, and hoping that’s enough to make a statement and prepare you for the NCAA Tournament. So is life for Louisville and Baylor.

I think we’ve long given Louisville more credit for its early win over DePaul than was due, myself included. I nearly dropped the Blue Demons out of the top 25 on Feb. 3rd, but my editor and I were having discussions weeks before that in which we pondered whether they were truly a top-25 team. Outside of that DePaul win, what does Louisville have? They have looked really strong at times this season, and the importance of Dana Evans’ veteran leadership can’t be overlooked, but I’m not sold on the Cardinals maintaining the highest level of play against elite competition when they haven’t seen it that much this season.

Same goes for Baylor. The Bears are 1-1 against teams in the current AP top 25. A January matchup against UConn was canceled, they split their games against Iowa State and, after West Virginia rose into the top 25, their rematch was postponed. Yes, Baylor defends well and shares the ball well. But the Bears haven’t had to do that against top talent on a weekly basis this season. How will Baylor and Louisville respond when the level of competition drastically increases?

—Andy Katz has Louisville as a 12-seed facing San Diego State in the First Four of his latest mock bracket.

—U of L makes the top six for five-star post player Kennedy Basham from the 2022 class.

—Louisville baseball is No. 4 in this week’s D1baseball rankings.

—Louisville is now in the “work to do” section of Eamonn Brennan’s latest bracket watch for The Athletic.

Louisville (11-5, 6-4; NET: 53, SOS: 39): On Friday, Louisville was No. 33 in the NET. Today, it’s No. 53. The difference, of course, was Saturday’s 99-54 loss to North Carolina. On the one hand, the instinct around the Cardinals is probably to throw Saturday’s game away. It was a fluke, it came after a 19-day pause, it happens, forget it and move on. On the other hand, the NET formula can’t do that, and although raw NET number isn’t everything (or really all that important in the micro), the perceptual difference between a NET in the mid-30s and the mid-50s is night and day. It’s kind of a big deal. And Louisville has some damage control to do down the stretch — and some games (at Duke, at Virginia Tech, versus Virginia) in which to do do it — starting Tuesday night at home against Notre Dame.

—Post-Jalen Johnson Duke remained unbeaten with an 85-71 rout of Syracuse Monday night. They get Louisville on Saturday.

—Every writer over at State of Louisville picks the Cards to take care of Notre Dame tonight.

—Bellarmine will play a de facto Atlantic Sun regular season championship game at noon on Saturday against Liberty. It will be nationally televised on ESPNU.

Not bad for year one in D-I.

—Louisville’s rescheduled men’s basketball game at Virginia Tech on March 3 will be played at 7 p.m. and broadcast on ESPN2.

—Nobody in the ACC knows if they’re any good.

“I think we’re getting a feel for ourselves, but honestly, I don’t know if anybody can say, ‘I’ve got a great picture. This is who we are,’” said UVA coach Tony Bennett, whose team hosts North Carolina State on Wednesday night. “We don’t think we’re too good, but we believe when we play right, we can be good.”

At 15-5 overall and 11-3 in league play, UVA remains the ACC’s highest-rated team in the NET rankings and KenPom’s team rankings. The two straight losses dropped Virginia to No. 15 in The Associated Press Top 25 poll, the second highest-ranked team in the conference behind first-place Florida State.

When the NCAA men’s basketball committee released its initial seeding rankings, it had Virginia at No. 9 overall, a No. 3 seed and the highest-rated team from the ACC. Since then, it beat North Carolina, was blown out at FSU and lost a 1-point game at Duke on Saturday.

And while the defense isn’t as suffocating as it’s been in recent years, UVA still gives up a league-low 60.3 points per game, the nation’s seventh-best mark.

So, is Virginia the league’s best team?

“Hard to say. We’ve played some good basketball,” Bennett said. “Even in the Duke game, I thought we played solid. That was a well-played game, both teams. They made some plays down the stretch.”

—Backing the Pack makes the case for NC State fans being patient with Kevin Keatts.

—Louisville’s Taylor Roby has been named the ACC Softball Player of the Week.

—How concerned should Louisville basketball fans be right now? Hoops Insights dives into the question.

Louisville allowed UNC to hit 67% of their two pointers, the second time in 3 games an opponent has hit that rate (Clemson). In the last 9 games, Georgia Tech is the only opponent to hit less than 50% of their twos against Louisville. In the other 8 games since the calendar turned to 2021, Louisville opponents are hitting 58% of their twos.

The issue isn’t a preponderance of turnovers and easy baskets. Louisville actually has a lower turnover rate (17% of possessions) over these games than their season average (18%). Opponents aren’t getting more transition shots, as only 26% of their shots are coming within 10 seconds of possessions; this is lower than the season average of 28%. Opponents also aren’t getting into the paint more; they take 26% of their shots in the paint vs 36% earlier in the season.

The biggest issue is opponents have become lethal from the midrange. Prior to Jan 2, UofL opponents took 27% of their shots from the midrange (2 pointers outside the paint) and hit just 15% of those attempts. Since Jan 2, opponents are taking about the same percentage of shots from midrange (28%) but everyone but Georgia Tech has combined to hit 48% of these shots. That type of accuracy is getting to the point where a midrange shot is actually productive for the offense as opposed to a win for the defense.

I went back and watched film of some of opponent’s possessions where they took midrange shots, and two things jump out. First is that Louisville’s post players are vulnerable to getting backed down from outside the paint; Clemson’s Aamir Simms feasted on hook shots from outside the paint by backing defenders down, for example. The second is that there is very little impactful help defense and rotation to contest midrange jumpers. Teams have been able to run pick and roll and move the ball without getting much pressure.

I think this is actually a pretty problematic trend. Louisville can’t really fix their lack of length and bulk. They have had problems contesting shots all over the court, and it shows up in a lack of blocked shots. Over the 8 game stretch referenced above, Louisville has a total of 13 blocked shots. 5 of these came in 1 game (Wake Forest), and 4 were from perimeter players. Louisville’s frontcourt and wings haven’t been much of a deterrent lately as opponents get open midrange jumpers. When these shots are contested, they are hit somewhere around 30% of the time and are a win for the defense. When they are largely open or lightly contested, opponents can hit 40-45% and make these more productive. Malik Williams’ length may be able to help somewhat, but Louisville just doesn’t have a roster built to rotate aggressively and contest jumpers.

—Cool story here on Louisville native Tyler Barnes, who walked on at Alabama and made his first start last Saturday.

—Malik Cunningham is focused on taking the next step.