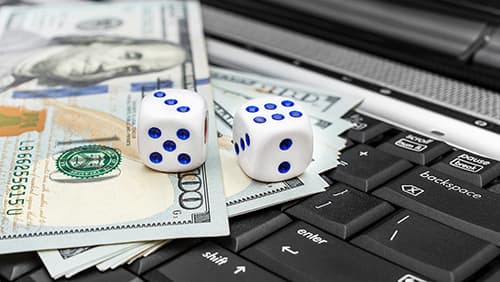 It’s been a long time since Will Kassouf was making happy headlines in poker, especially in terms of winning a major tournament, but this weekend he is doing exactly that by taking down the Irish Poker Master Main Event, winning €215,163 in the process.

It feels like about 20 years since Kassouf was courting controversy in the 2016 WSOP Main Event (yes it really was only four years ago). Back then, it was arguments with Griffin Benger, stand-offs with tournament director Jack Effel and of course, the infamous “Nine High Like a Boss” hand:

Flash forward 50 months and it is a very different story. There has, of course, been an awful lot of water under several bridges since then. Kassouf, who became a Grosvenor Poker pro, was a one-man poker brand in the year that followed his utterance of that nine-high hand. He was everywhere, and for everywhere was lost in the ‘Black Mirror’ of technological celebrity.

A social media celebrity, a poker pariah to many, Kassouf was chopped liver.

Some of that went away when Kassouf was caught pocketing a $100 chip at a casino. Brands were no longer lining up for the solicitor-turned-poker pro who relied on table talk to carve out his particular niche of annoying players so much he was able to take their money.

Live poker, of course, was hit hard by Coronavirus, but Kassouf has now proved that he no longer relies on table talk to the same degree to succeed after this latest victory, which in some ways is more impressive that the EPT side event where he effectively paid five figures for a small spade-shaped trophy heads-up by giving up a huge amount of cash to be titled the winner.

This time, in the €1,100-entry Irish Poker Master Main Event, Kassouf was king.

It was a tournament with a tentative €1 million guarantee, but with a massive 1,341 entries, the prizepool stood at a much-larger total of €1,341,000 by the time it closed registration.

The final day of the event saw a lot of action in not that long a space of time as play rattled to a dramatic conclusion.

Just 37 players had survived to Day 2 and by the time the final day kicked off, just nine were in their seats. Play went as expected initially as short-stacked Jessica Teusl busted first, her 15 big blinds going into the middle rapidly, with her ace-jack dominated then taken out by Dutch player Luc van der Beek’s ace-king.

It wasn’t long before another player was on the virtual rail, Brazilian player Dante Fernandes seeing his hopes go down in flames when Sam Vousden, easily one of the most dangerous players at the final table and perhaps the most in-form of all those fighting for the €215,163 top prize, had pocket aces. They were enough to bust Fernandes and reduce the field seven, and within a few minutes that was six.

German player Michael Deinlein busted in brutal circumstances when his ace-deuce made a wheel straight on the turn, but was up against seven-six which gave Anton Siden the nut straight. When the river saw both players commit their stacks, the two piles were digitally transferred to the space in front of Siden’s seat.

Van der Beek was next to depart, all-in with ace-ten and unable to catch Sam Vousden’s pocket kings, a ten on the turn prompting the river call that ultimately ended his own tournament.

It would be Canadian player Julien Perouse who left in 5th place but with four players left, play tightened up like a Jose Mourinho team when 1-0 up in the last minute.

It would be a mammoth endurance race, one that many might have suspected Kassouf of not being capable to survive, but he did. It would be Siden who left in 4th place for €66,267 when his micro-stack was all-in and at risk with king-queen, Kassouf’s call with pocket fives good enough to prompt a hold and a vital elimination. It was an eight-high board (not nine-high for the bust), but the momentum was going for the British lawyer. The stacks were extremely shallow, but Kassouf’s win in that hand meant he had 14 big blinds, way behind both others, but with a shot at redemption and a guaranteed six-figure result.

A massive hand took out the biggest danger to the title, with Vousden eliminated in a horrible hand that will still be giving him nightmares. Holding pocket queens, the Finn was up against Manuel Ruivo’s suited seven-six. The Dutch player flopped a straight, and when Vousden moved all-in, had the easiest call in poker history to snap him off and swipe his stack, leaving Vousden to leave the event, disgruntled despite the €101,620 payout.

Heads-up could have been over quickly, Kassouf trailing with a chip deficit of 1:4, but instead, the Brit pushed harder and harder for parity and once he drew level, all the inertia of the duel seemed to be with him. The stacks were tilted in his favour slightly when Ruivo moved all-in for 57 million chips with seven-six again. Kassouf wasn’t buying it, however, calling with pocket eight. It was a spectacular flop, with two sevens and an eight giving Ruivo improbable trips but Kassouf a full house. A brick of a four on the turn ended the tournament in the British player’s direction long before the digital six popped up on the river to add insult to mortal injury for the beaten Ruivo.

While Ruivio’s runner-up payday of €148,042 was a great one, Kassouf claiming €215,163 and the title is far more important than just the money, with some sort of redemption coming at the end of perhaps the strangest year in poker history.

Kassouf just had to be part of it, didn’t he? Like a boss, he ended as the Irish Poker Masters Main Event winner – a fine performance and result all in one.