I was reading a post in a poker forum the other day. In it, a newbie wrote about a bad beat he suffered, and asked for advice on dealing with the funk he was in because of it. One of the more experienced and intelligent members of the forum, trying to be helpful, wrote back “Just remember that luck evens out over time.” 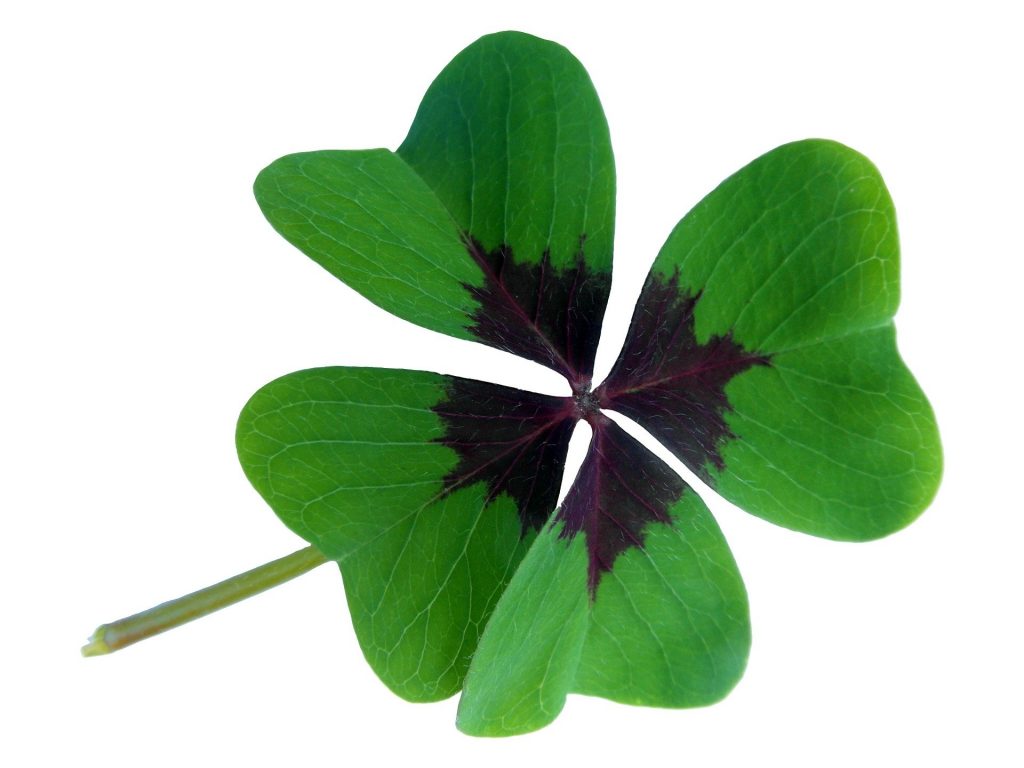 When it comes to luck, it’s as much about how you look as it is how you feel. (Image: Gaby Stein/Pixabay)

It’s a comforting salve to be sure, this oft-repeated phrase. And, surely, it can help players avoid going on tilt after a bad beat — I don’t fault anyone for saying it. Yet even as I admit the comforting effects of such an utterance, I know that “Luck will even out in the long run” is also one of the greatest fallacies in poker.

There is no run long enough to fully erase the vagaries of chance.

Want proof? Put two programmed poker players (“bots”) against each other. Give them each exactly the same program and have them play 1,000,000 hands. They will almost definitely not end up even. One will win more than the other, and since they are programmed to play the same, it isn’t due to skill. One bot has just gotten luckier.

I conducted an experiment back in the early 2000s using a great electronic poker game that Wilson Software put out called Turbo Texas Hold’em. There were two ways to use the game. First, you could play against a line-up of bots that Wilson provided. You could select the lineup to reflect the types of players you were typically facing in your live game.

You could also tinker with the player styles themselves, making your own programmed players. You could set them up against each other to see what style of play would be the most profitable. You could play thousands, even millions of hands to test your theories about hand ranges and action. It was a great game that I used to help hone my skills and test my theories.

Just for fun, I once set up a game with nine identical player profiles. They were all the same, so they played their hands exactly the same way. Theoretically, if luck evened out, they would all end a long session exactly even. But, that’s not what happened.

I knew that, in the short run, any one of the players might be ahead. But, I wondered how long it would take for them to even out. I had them play 10,000 hands of $100/$200 Limit Hold’em. For a live player, with a good professional dealing a steady 40 hands an hour, that’s about 250 hours of play. That would be a little less than a year for a once-a-week casual player.

At the end of the experiment, one player was up about $5,000, another about $5,000 behind. The rest were somewhere in the middle. One or two were almost exactly dead even. The rest were either ahead or behind at least a few hundred bucks.

Finally, I extended the experiment to 1,000,000 hands. It took almost two hours to reach that number. One million hands is about as many hands as a weekly player would play in a lifetime – or a daily player would play in 10 years. But, even after going to these great lengths to create “the long run,” luck still reared its ugly head. One player had won nearly $200,000; another had lost a similar amount.

So much for luck equaling out.

So, if luck doesn’t even out, even over a lifetime, how do we account for that in our play? What adjustments should we be making?

What Changes Can You Make When Luck Isn’t on Your Side?

The answer is none.

Make no adjustments to account for luck. Even as we need to accept the fact that some of us will have more luck than others, we have to play as if luck isn’t a factor. We can’t do anything to influence or change good or bad luck.

Though you can observe it retrospectively, it is not knowable in advance of its occurrence and, therefore, not controllable. In that sense, it’s like a winning streak in a game of pure chance. Calculate all you want. Keep track of every deal of the shoe in baccarat, throw of the dice in craps, or spin of the wheel in roulette. You will surely see long streaks of bank or player, passes and craps, and red and black. But you will never be able to predict them or profit from them in your play (assuming the game is straight).

So too with luck in poker. When you are unlucky, you will get beaten on the river by a one-outer. It may happen four or more times in a row when you’re running bad. When you’re lucky, you will win when you draw your flush against Aces up. When you’re running good, that may even happen a few times in a row. Even so, since you can’t know whether or not any of these unlikely events will occur, you must play as if luck isn’t involved, even though you know that it is.

Profit from the Appearance of Luck

Are they the type to believe that a player who is “running good” will hit his draws and win more than his fair share of heads-up match-ups? Then push your perceived advantage and bluff them mercilessly. Do they think that your losing streak is bound to continue because the poker Gods are frowning on you? Make them pay for their superstitions by trapping them into penury. Whatever mistaken views your opponent has on good and bad luck, you can – and should — take advantage of them in your play.

The key to all of this is to recognize that while luck almost surely will not even out, there is nothing you can do about it – except, perhaps, exploit the effect it has on your opponents.