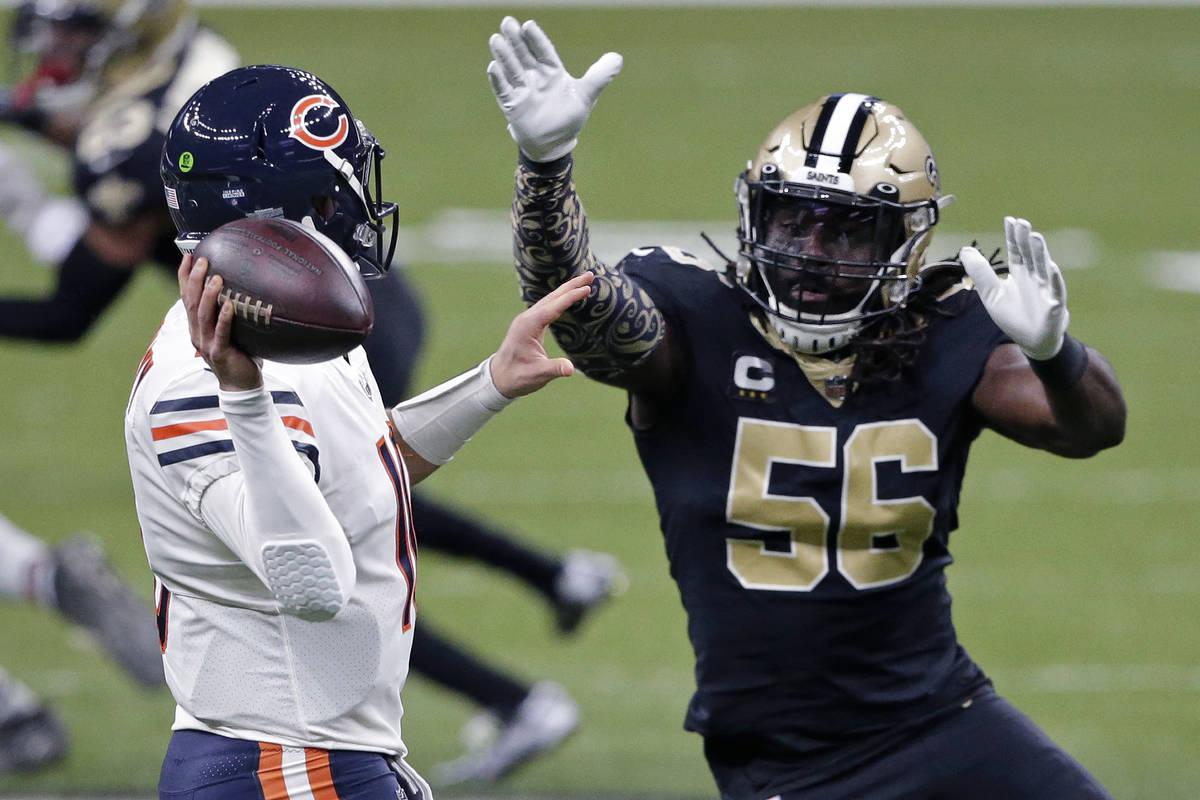 It’s time for another round of “What is a bad beat?”

The Bears trailed 21-3 and started their final drive at their 1 after stopping Drew Brees on a quarterback sneak that would have sealed the cover for Saints -11.

Mitchell Trubisky had been ineffective throughout the game, but he completed passes all over the field in the final 2:19. As the clock hit zeroes, Trubisky found Jimmy Graham for a 19-yard score to cut the Saints’ lead to 21-9.

Would the Bears kick the extra point for a push or go for 2 and the cover?

As the gambling world sat poised for one of those sports moments that only happens because of betting, the players started shaking hands and the final score flashed on the screen: Saints 21, Bears 9. The Saints still cover.

Teams used to be forced to try an extra point at the end of the game even if it didn’t matter, but that changed after the “Minneapolis Miracle” playoff win for the Vikings against the Saints in January 2018.

Minnesota won on the final play on a stunning 61-yard TD pass to Stefon Diggs. The devastated Saints went to their locker room, but some were forced to come out for a meaningless extra point try.

Subsequently, the league changed the rule, saying an extra point was needed after the final play only if it could affect the outcome.

So Saints bettors won, as they should have. They dominated the second half, and Chicago had only 32 yards on its three drives before the final 99-yard march to end its season. Bears bettors have nothing to complain about.

If only Graham had caught the TD with one second left on the clock. Then we could have had an all-time gambling moment.

Here are the worst bad beats of the sports betting week:

Trailing by two, Little Rock prepared for its final shot. With five seconds left, the lights went out on the court. Play continued. Two seconds later, the lights came back on, and Ruot Monyyong missed a frantic 3 at the buzzer.

Surely, the game needed to be stopped when the lights went out and restarted, but the officials let the result stand.

Louisiana won 66-64. The Sun Belt announced later that the officials made a mistake, but you can’t cash that at the betting window.

A simple story: The Chippewas and Falcons combined to miss all five free throws in the final minute Jan. 5, keeping this game a half-point under the total in a 90-69 Bowling Green win.

Indianapolis coach Frank Reich and quarterback Philip Rivers will have a long time to think about a playoff victory they had every chance to earn Sunday at Buffalo.

At least the Colts covered +6½ for the game in a 27-24 loss. The first half was another matter.

The Colts led 10-7 and got the ball back with 6:08 left in the second quarter with a chance to put the Bills under a lot of pressure. Indianapolis marched down the field and faced third-and-goal at the 1 at the two-minute warning.

Instead of taking two shots at a quarterback sneak or a direct handoff inside, the Colts chose an ill-advised toss play to Jonathan Taylor that lost three yards.

Placing himself firmly in the analytics camp when it comes to aggressiveness, Reich still went for it on fourth-and-goal at the 4, and unfortunately for him, Rivers just missed Michael Pittman for a TD.

The Bills led 14-10 at halftime, and the Colts’ day never got any less frustrating.