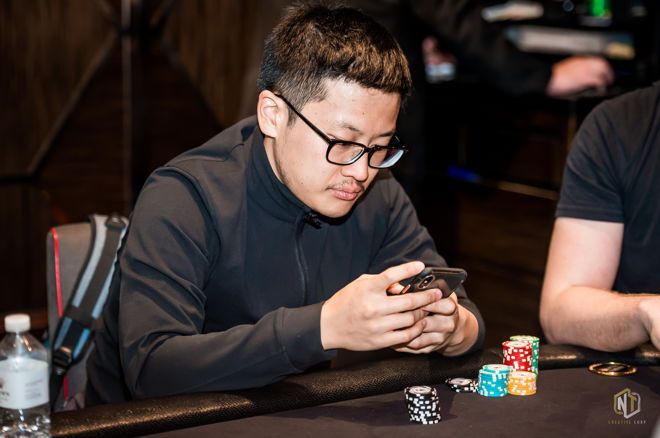 The conclusion of the GGPoker High Rollers Week is almost among us, with three more champions being crowned on Sunday night.

However, there is one winner still outstanding in the HRW 18: Super MILLION$ Main Event, and with nine players left it’s all still to play for.

Check out the latest winners and get ready for the live-reported Super MILLION$ final table, right here on PokerNews

Stay on top of the GGPoker High Rollers Week – LIVE!

The PokerNews live reporting team is covering every $10k+ event at the HRW. Don’t miss it!

The HRW 18: $10,300 Super MILLION$ Main Event was the highlight of the High Roller Week festival at GGPoker and it didn’t disappoint with some of the biggest names in poker joining in on the action.

The $5 million guarantee slapped on this two-day event was smashed with the tournament attracting 581 entrants including 356 re-entries to generate a $5,810,000 prize pool.

New Zealand’s David Yan bagged the chip lead with a stack of 10,941,325. Yan was near the top of the chip counts most of the day.

While Yan isn’t a household name, many of the others that will appear at the final table when the action resumes on Tuesday, Nov. 19 at 6 p.m. GMT including Davidi Kitai, Niklas Astedt, Michael Watson, Aleksei “JokerFace” Barkov, Eelis Parssinen, and Aleks Ponakovs.

The remaining nine players are each guaranteed $161,097 and the winner will walk away with over $700,000 in prize money as champion of the Super MILLION$ Main Event.

Follow Along as HRW Crowns its Main Event Champion

Sam Vousden came out on top in the GGMasters High Roller after defeating a 1,131-player field.

GGPoker regulars Eelis Parsinnen and Isaac Baron also made it to the final table, but would have to settle for fourth and sixth respectively.

READ MORE: Brag to Your Friends with the Badge of Honor at GGPoker

Big names such as Aleks Ponakovs and Ioannis Angelou-Kosntas made it to the final table, but were no match for “Fantastik55” who notched up more than double the bounty payouts than his nearest competitor.

Boost Your Bankroll With the GGPoker Welcome Package

Don’t have an account? Download GGPoker via PokerNews and get set receive plenty of rewards when you deposit at least $20.

You’ll get $40 in free tickets over the first six days following your eligible deposit, no strings attached! All free tickets awarded as part of this promotion will expire after 30 days

But to grab up to $60 in additional rewards, simply play All-In or Fold on each of six days. Hit the daily hand targets to claim up to $45 in cash. Complete all 6 AoF Challenges and get a $15 GGMasters Satellite Ticket on Day 6!