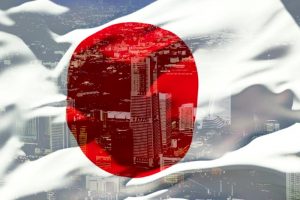 Japanese prefecture Yokohama announced the city-council’s draft budget for 2021, which includes JPY360 million (US$3.4 million) to back up the effort to establish casino resort in the city.

Part of that amount will be spent on the city’s resort development plan. Precisely JPY83 million will go to that as well as to Yokohama’s request-for-proposal process.

As the national Japanese protocols require, the prefecture needs to partner with a private-sector company in order to establish a casino resort. Part of the budget will be spent on the right partner.

According to some, the larger part of the money will be spent on promoting the significance of the future resort for the prefecture.

This is an important move since a significant part of the population does not want the project to be successful. Although the casino resort is a form of local economic stimulus, which will help boosting the tourism in Yokohama, there is a number of community groups that have lobbied against the notion.

On a plenary meeting in early November, the Yokohama city council voted against a draft ordinance calling for local referendum on the resort topic.

The Rest of the Budget

The rest of the budget will go to other items related to the casino resort project. JPY155 million will go to research on the infrastructure and transport access to any of Yokohama future resort sites, JPY20 million will be used for a background check on any participants on the future project. The aim is to choose the most suitable partner.

The budget news came out a little over a week after Yokohama announced the timeline for the future casino resort. According to it, the whole process will be divided into two phases: the first will start in February and will end in May. The second one is significantly shorter: between June 1 and June 11.

Seven private-sector firms expressed interest in partnering with Yokohama. Five of them participated in the city’s fresh request for concept stage.

The two that dropped out since the initial phase were Las Vegas Sands Corp and Wynn Resorts Ltd, two United States-based groups that are also respectively parent firms to Asian casino operations.

In the meantime, another Japanese prefecture Wakayama announced two suitors interested in establishing a casino resort. One of the suitors is Clairvest Neem Ventures and Suncity Holdings Japan Co Ltd, which is Canada-based. The other one is local Japanese unit connected to Suncity Group, which is Macau-based investor.